The crew at Seasoned Music have been terrorising Bondi all summer with their Guerilla Parties.

The concept is simple. Get a cool group of people together, some decks and a generator, then storm an unsuspecting, unexpected venue, pump the music and start dancing!

The word had been getting out about these parties all summer so I decided to check out the Guerilla Party IV – the target for today Hungry Jacks (AKA Burger King in other parts of the world). After signing up to the event on Facebook, the only instructions where to meet at the Bondi Pavilion at a certain time and keep an eye out for the below sign to know that you were in the right place. 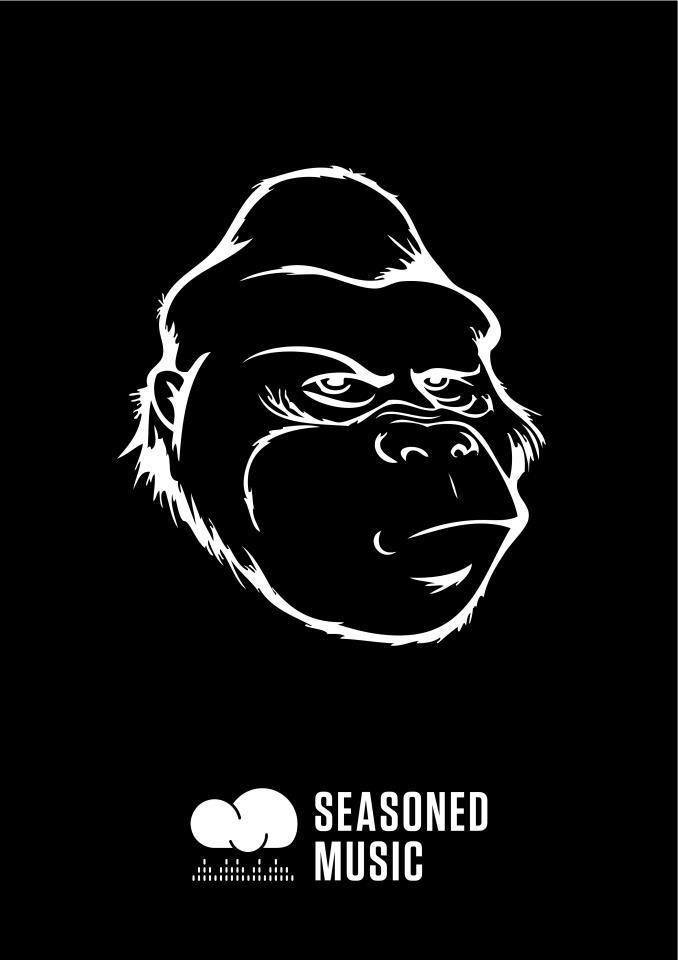 Once everyone had arrived we were informed that Hungry Jacks as to be the target and off we went up the hill. A little apprehensive (I’m no lawyer expert, but I’m sure this isn’t totally legal) bust mostly excited. As not to arise suspicion the group entered Hungry Jacks in waves with the first person asking for a “Whopper and a Party” with that the decks are rolled in, beats switched on and party 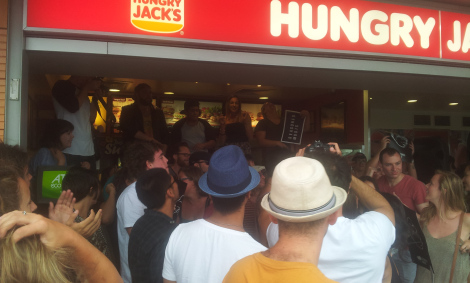 Unlike traditional parties, it doesn’t exactly last so long, and it was all over in 9 minutes when the (smiling) police showed up to put an end to the festivities.

The lasts guests to arrive. NSW Police. They were also the most unwelcome

The guys at Seasoned Music captured the whole event which you can see by clicking on the link below. My highlights are  at 4:52 where you can see the Hungry Jacks staff loving it, and at 5:33 where passers by decide to join in to a massive cheer.