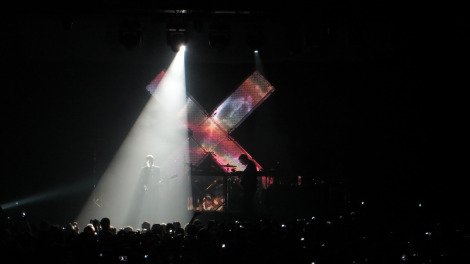 A couple of Sunday nights ago I had the pleasure of checking out The XX in concert at Sydney’s Horden Pavilion.

Like most XX fans I discovered them mid 2010 when their self titled album started to hit the airwaves. Tracks like VCR and Crystallised were heard multiple times a day around the office I was working in at the time, and for the first time in years I had found an album that I could listen to all the way through many times without getting tired or bored of bit. Come 2012 and Co-exist was released and I was equally impressed, this time with the added influence of synths adding an extra dimension to their music. 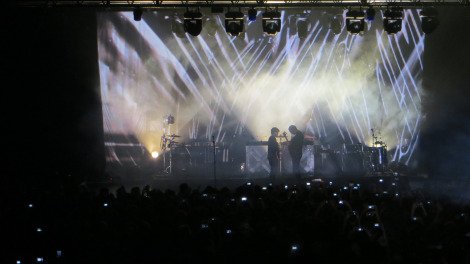 Unlike most concerts where I’m usually grabbing a few beers and making sure I’m right at the front. Instead this time I settled on a glass of red, got a seat up the back and sinked in ready to soak up The XX experience.  The concert began with material mostly from their new album first. Despite the calming beats and soothing vocals the crowd was cheering, clapping along and generally lapping it up.

If you’ve listened to “Co-exist” then you would not be surprised to hear that the electronic sounds have come from XX member Jamie who has a background in electronic dance and is a DJ in his own right. This comes out even more in the live show where some slamming techno beats have been added layered below the familiar chilled tunes to supe up the experience for a live audience. Despite my concerns this actually works very well, and had me regretting my decision to be seated at the back. I was ready to get up and dance.

The show is very much divided into 2 halves. and with a dramatic change of stage background, to the tune of “Intro” from the first album we moved into the second chapter. Here is when we heard the songs that long term fans would be more familiar with and perhaps provided the most memorable moment of the night.

Seeing The XX live has been on my bucket list for awhile, and I’m glad I got the chance to experience it. The current live show is a bit different to what I expected. But the added beats absolutely work and add another dimension to their music that you will only experience by coming to an XX concert.

Check out the Image Gallery from the night below