Picture this, It’s about 32 deg and your chilling in your own cabana at a beach club on a tropical island. In front of you is sand running down to the ocean with a setting sun. Behind you is a pool with a swim up bar surrounded by a dance floor  with bikini clad girls dancing to the tunes of a pumping DJ. Every 10 or 15 minutes so a waiter drops by with a fresh Corona and a Mojito. What could possible make this day any better? 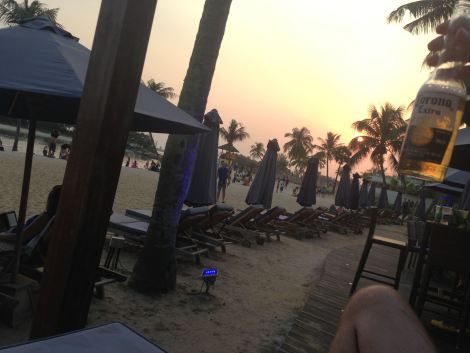 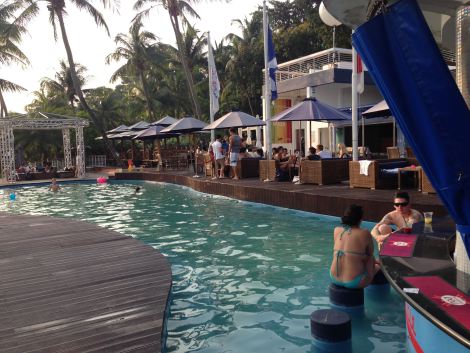 Packing up and moving 100m down the beach to see Avicii (The world’s number 3 DJ) at the Zouk Singapore Summer Special, that’s what!

Zouk are the pioneers of dance music and DJ culture in Singapore and have been at their Clarke Quay club since 1991. Bringing the world’s best artists to Singapore as well as developing local talent. In recent years they have expanded to the annual ZoukOut festival held every year in December on Siloso Beach, Sentosa Island. And it is that same venue where we find ourselves tonight, in what can almost be called a mini-ZoukOut.

Ticket pick-up and entrance is a breeze and very efficient in true Singapore fashion. A quick stop to pick up some drink tokens and check out a huge Heineken sculpture on the sand and we dive headfirst into the crowd to take up our dancing spot for the night. 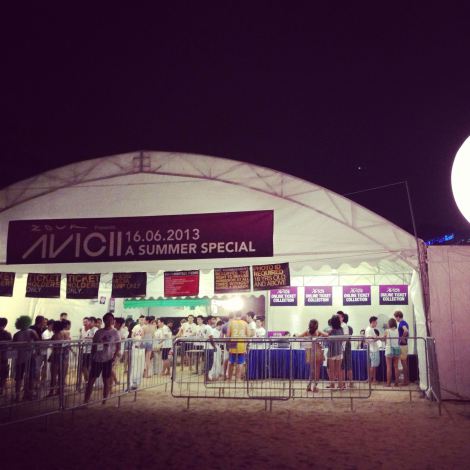 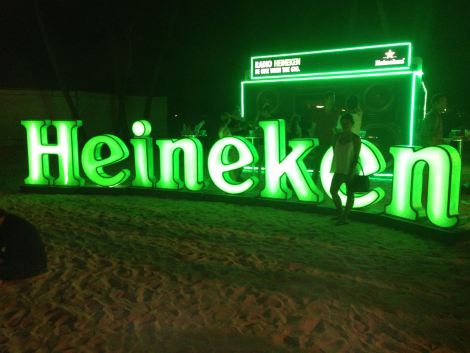 Local DJ’s Goldfish and Blink are finishing up their set and have the crowd eating out of the palm of their hands.  Before handing over the reigns to Syn Cole. This guy might’ve as well been Avicii given by the appreciation of the crowd he got. The set was fairly commercial, as you would expect at a festival, but not without some talented mixing and track selection on display.

Flanked either side of the stage of Syn was girls from the Cyberjapan Dancers suitably dressed for the beach dancing in bikini’s. If you find Japanese girls attractive, do a quick Google search on these girls. They are smoking hot and I’m sure you will make it a life goal to marry one in the future just like me.  The highlight of Syn’s set was the Armin van Buuren track of the moment “This is What it Feels Like”. This song has followed me around Asia in house clubs, I suspect Armin is looking to cross over into the more lucrative house scene and it looks like he has done it with this track.

A quick pause occurs whilst the production team changes over the stage is broken by a Swedish accent saying “What-Up Singapore”. And Avicii presses play on his first track; ‘I could be the one’  The intensity of the atmosphere instantly picks up as the crowd begins to sing at the top of their voices, and I’d be lying if I said I didn’t get a few chills down my spine.  A great foundation to build his set on, and he doesn’t disappoint. The tracks are crowd pleasing to say the least. Purists might be a bit put off, but for me I just want to have a great time dancing on the sand to a great DJ so I don’t mind one bit. 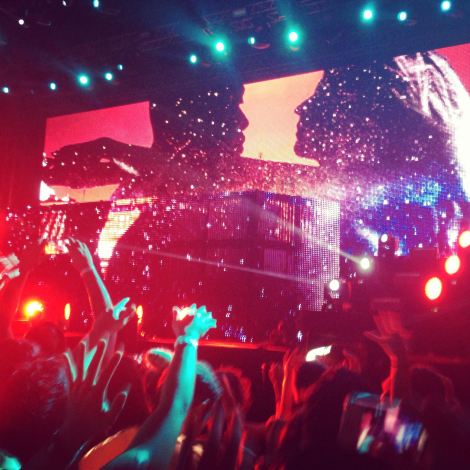 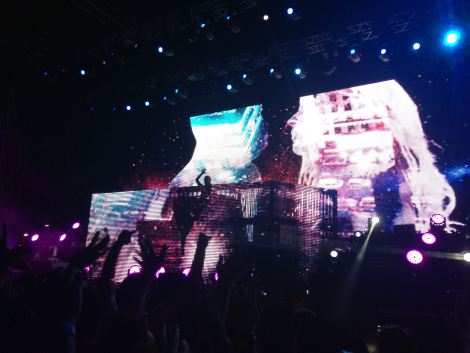 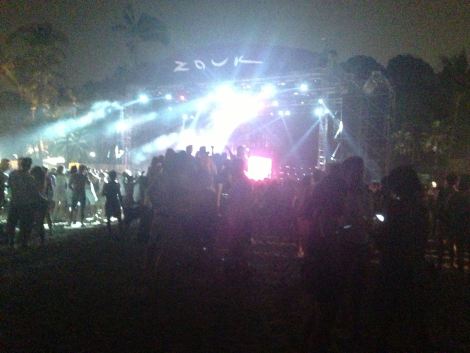 About 40minutes into the set a few drops of rain are visible in the light beams which quickly  becomes a deluge. Which the crowd responds with a huge cheer. Remember it’s about 32 deg and humid as a sauna. This rain was certainly welcome as most are wearing beach or swimwear anyway and all of a sudden things get steamy!

Before too long Avicii has played his last song despite numerous protests from the crowd for one more, and it’s time to head back to home to the main island. This event all up cost me about $400 including a flight from Australia and a night’s accommodation  Considering the cost of music festivals in Australia these days, ($195 for Sterosonic) then I think this was fantastic value for money given an overseas experience thrown in and a bogan free festival. I look forward to visiting again in December for ZoukOut.

DOH! – I foolishly left my memory card in my computer that day so I couldn’t take any photos. So all these are courtesy of my friend’s Donna iPhone.  Thanks Donna. For an even clearer picture of what it was like. Check out the official YouTube video below.