I really can’t describe the feel of thix mix better than the actual title itself: “Claude VonStroke’s dirtybird BBQ”. If you want to kick start your weekend in with driving baselines, tight hip-hop samples and generally a good time packed into 46 min and 11 dirty tracks.

VonStroke himself when talking about the compilation said: The new dirtybird compilation is loaded with 11 great tunes I have been collecting for over 6 months. Most notably, the Shiba San “OKAY” record has absolutely been destroying every dance floor known to man. We have lots of big birds like Justin Martin, Catz ‘N Dogz & Justin Jay on this, plus a ton of great newcomers and friends making appearances.”

DirtyBird BBQ comes from DirtyBird Record label’s formal annual party held in a San Francisco park. The free party eventually got too large that the SanFran authorities had to shut it down, so now the BBQ lives on in album form.

Get your weekend off to a Dirtybird start with Claude VonStroke’s dirtybird BBQ. Streaming via Spotify, apologies if you can’t listen in your country. 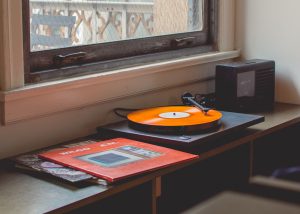