With another round of Groovin the Moo’s done and dusted for another year. Let’s take a a moment to reflect upon the best moments from Groovin the Moo Maitland.

10. Prepaying for the bus ticket.

Seriously the crowds at Newcastle station were a joke and 20 minute line up just to buy tickets. Walking straight passed to a spacious bus was felt almost as good as chauffeured limo. 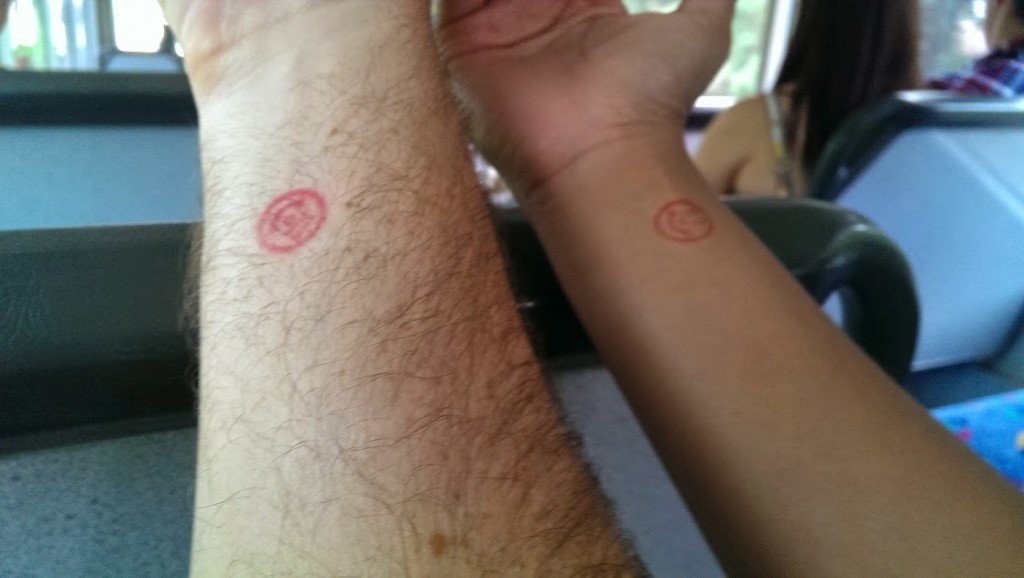 Stamps on the Bus

Seriously the guy is a power plant of nuclear Red-Bull when it comes to energy. The festival vibe noticeably lifted after he finished his set with Global Concepts

This man decided to wear a golden speedo with his maroon smoking jacket and put smiles on the face of everyone he met – except the local constabulary. The police actually asked him to asked him to leave based on his clothes and not behviour. Seriously Maitland police, this guy was hurting no-one and was benefitting the festival, sending him out was low. 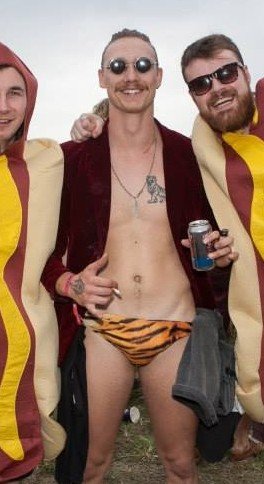 Best at any festival I’ve been at in Australia maybe even the world. Checking all toilets were clean between each use and enough staff to ensure a trip to the bar was brief. The staff in charge of this rocked. Other festivals take note.. especially you Sterosonic (Sydney).

Bringing power and passion to the stage. Newcastle likely thought there was another earthquake coming given how many people he got jumping.

Props to these boys, surviving a whole day dressed as a meaty treat, especially with hungry police dogs around. Bonus points for the dreaded dog who didn’t let his crazy hair get in the road of costume perfection. 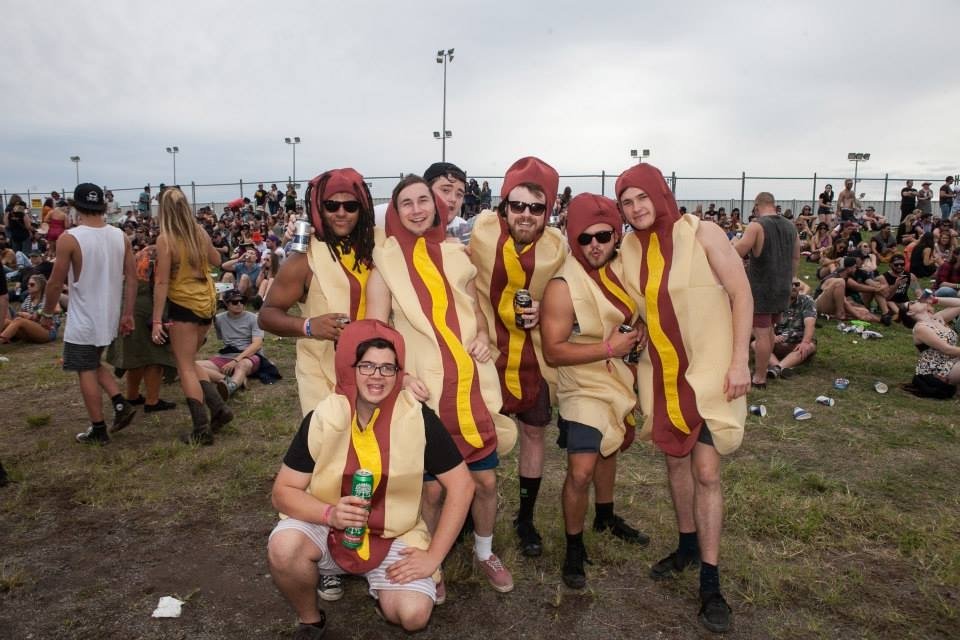 Fresh off the plane from Coachella, the kiwi’s showed no sign of jetlag. A flawless performance that got hands in the air and throats singing.

There’s always a DJ or Dance Act that no-one has high on their must see list, yet everyone is talking about afterwards. These guys were it for Groovin the Moo. Representing dance proud and no doubt got a few more fans to join the EDM bandwagon. 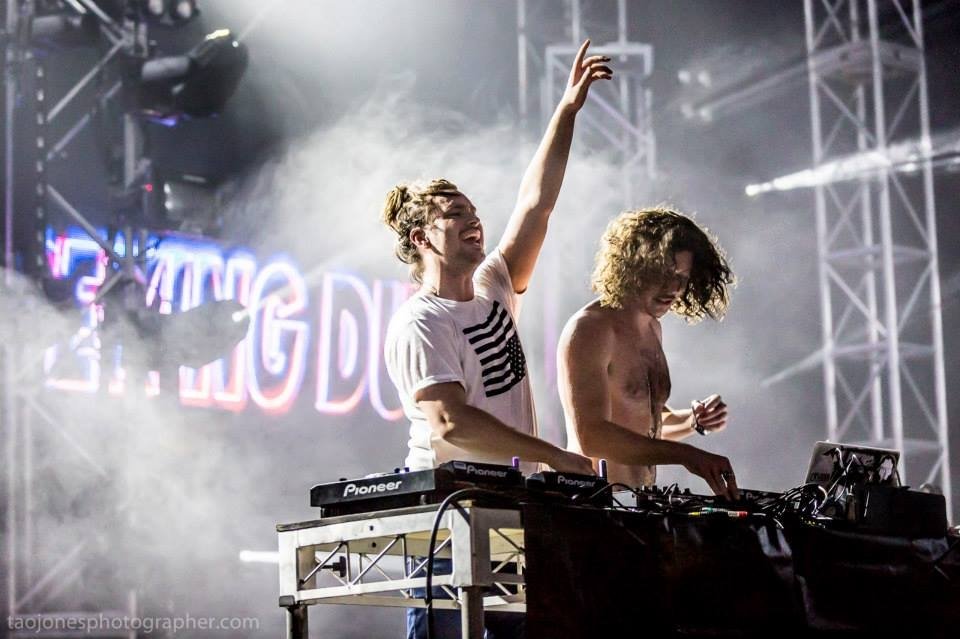 He’s an angry young man, but thankfully he focuses his energy for good. His newer stuff with Calvin Harris & Arman van Helden got the crowd jumping while true fans weren’t left out as he delivered his classics.  His bootleg with Florence and the Machine a goose bumping way to finish off the set.

Not hard to see why these guys are the IT crew in dance music right now. The tent was not big enough to contain the hyped  as they rattled off hit after hit synced to an audio / visual extravaganza. Finishing as they should with Latch meant everyone went home smiling. 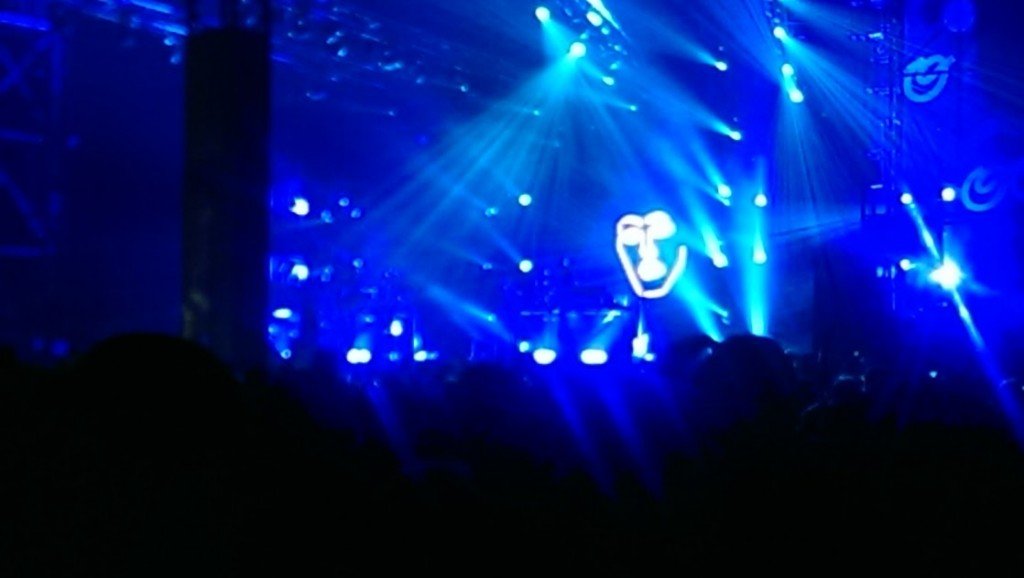 Were you there? What was in your Top 10 moments that I left out? Let me know below.