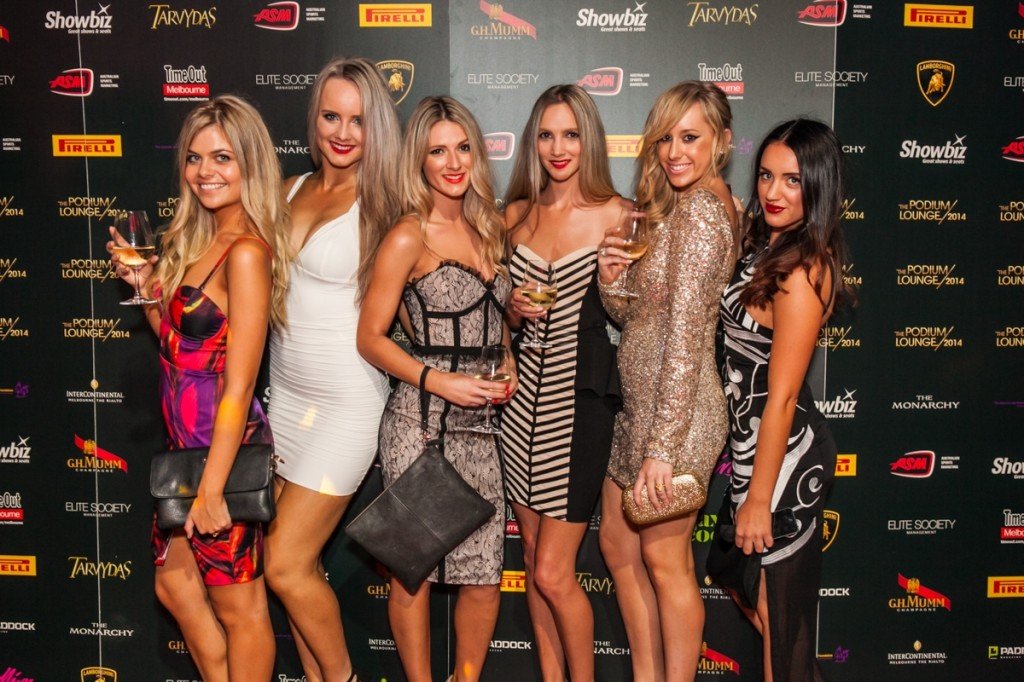 Singapore’s hottest A-List celebrity party-team behind the fabulous The Podium Lounge, has unveiled an extravagant line-up of events this Formula One weekend. The list of prestigious sponsors and partners on board for this year’s glamorous party weekend which kicks off from 10pm on Friday 19, Saturday 20 and Sunday 21 September include Avant-garde Swiss watch brand deLaCour, Singapore Airlines, Gnossem and Lamborghini, to name just a few. 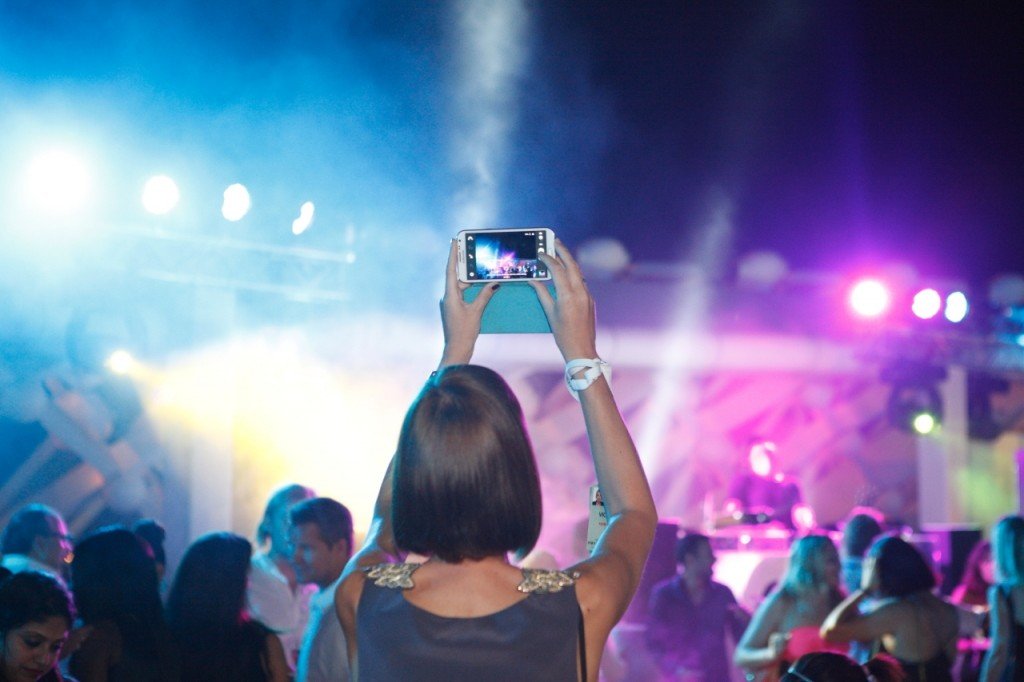 The room will be completed with Singapore’s largest pop-up island bar, a dizzying overhead catwalk and VIP balconies offering a magical party experience with the racing community for up to 2,500 guests per night.

For the first time and in association with Vitisasia, Asia’s premier wine and gastronomy experience provider, The Podium Lounge Singapore is rolling out the Race Dinner with Quique Dacosta of his eponymous 3 Michelin starred restaurant in Denia, Spain. 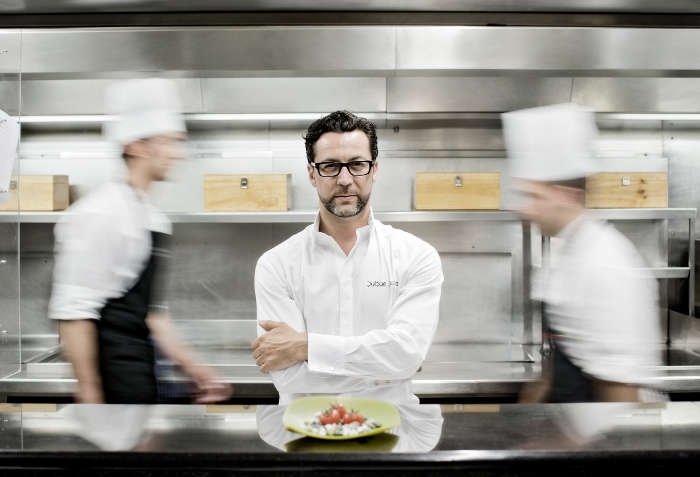 In Singapore for the first time, Chef Quique Dacosta will be designing and cooking exceptional dinners. On September 19th the dinner will be complemented with multi- awarded wines from Castell d’Encus: the most original and exclusive vineyard in Spain and September 20th with wines from the world famous Château Margaux: one of only four wines to achieve Premier Cru status in the Bordeaux Classification 1855.

deLaCour, the presenting sponsor of The Podium Lounge is the breath-taking partnership of motor sport and refined luxury. deLaCour timepieces transcend classic convention with exclusive watches that merge haute horlogerie and timeless art. deLaCour is proud to bring you one of the watchmaker’s most exquisite sporting masterpiece yet – the City Ego Chrono 45 FB.

With a debut second to none, the evolutionary Lamborghini Huracán LP 610-4 will bring its ‘Instinctive Innovations’ to Singapore this September. As part of the launch programme, Lamborghini Singapore, the Official Car Partner of The Podium Lounge Singapore presents the Lamborghini Huracán LP610-4, a new luxury super-sports car legend. Successor to the Gallardo, supercar enthusiasts at The Podium Lounge will be able to admire the glory of this automotive masterpiece with its beautiful, bold design and breathtaking silhouette.

While, Singapore Airlines, the Title Sponsor of the FORMULA 1TM SINGAPORE GRAND PRIX are also the Official Airline Partner of The Podium Lounge Singapore.

With two amazing Formula 1 teams in the series – the Infiniti Red Bull Racing team and Toro Rosso, Red Bull certainly has much to celebrate. This year, in partnership with The Podium Lounge, the enigmatic energy drink promises to fuel guests at the finest after-party event of the Formula 1TM Singapore Grand Prix, with a brand new flavour of the Red Bull Special Formula 1TM Edition Energy Drink, which features a perfect mix of ruby orange and mixed-fruit flavour with a hint of herbal juniper berry and vanilla.

Naked luxury artesian water, one of the purest, untouched and most immaculate artesian waters in the world, is another key partner on board this year. Naked Water aligns itself with a luxurious lifestyle, a refreshment for the affluent influencers of society who want the best and aren’t afraid to pay for it. Exclusively for The Podium Lounge Singapore 2014 Naked will introduce the naked angels to the world. A special appearance not to be missed each night at The Podium Lounge.

A Tribute to the Legends of Formula 1

Freddie Hunt, a Special Guest Host of The Podium Lounge across the weekend, will be making a heart-warming tribute to his father, F1TM Racing Legend James Hunt, who’s fierce rivalry with Niki Lauda was the focus of the Formula 1TM Hollywood biopic Rush. Freddie will be joined by Former Formula 1TM World Champion Jacques Villeneuve who won motorsports’ biggest prize in 1997. 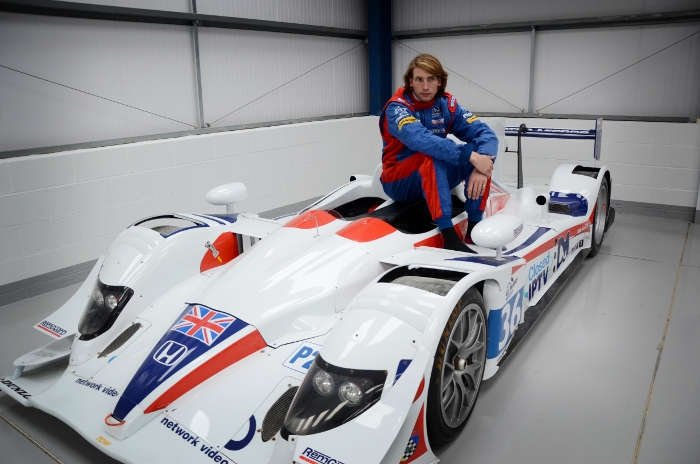 The nightly Fashion Circuit by Gnossem will take place with international models across a truly iconic catwalk which is being custom build in collaboration with Dom Pérignon over the top of Singapore’s longest island bar. Gnossem is the premier place for buying Independent Fashion online. With the largest collection of acclaimed, Independent Designers, from Seoul to New York; Gnossem gives you access to the world’s most beautiful, unique fashion, with just a few clicks.

This Grand Prix Season at The Podium Lounge, Gnossem will be showcasing 10 of their latest, curated designers on the catwalk, with a highlight on A-list celebrity favourites from New York: BiJules and LARUICCI. Both New York-based designers for the stars, Jules Kim and Lauren Laruicci will be in attendance for Gnossem’s weekend showcase. 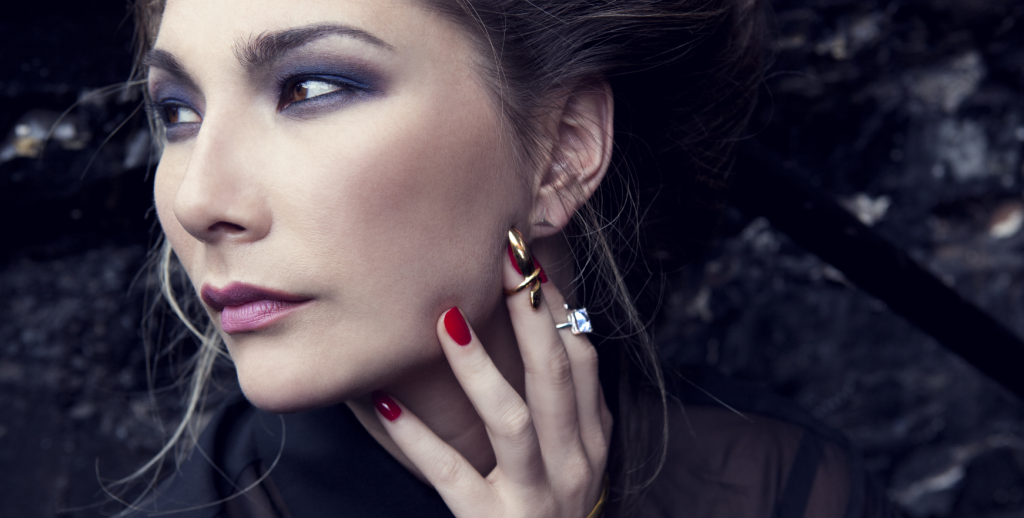 The fashion show will be immediately followed by a live auction of authenticated F1TM Memorabilia with proceeds to a good cause.

The Party, The Music, The Art 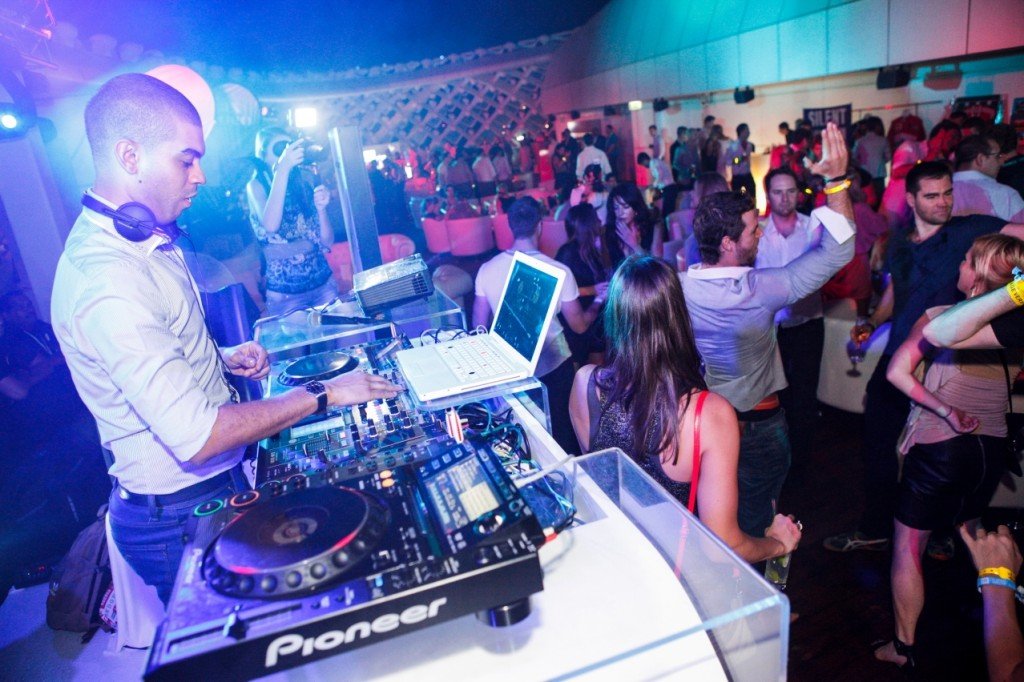 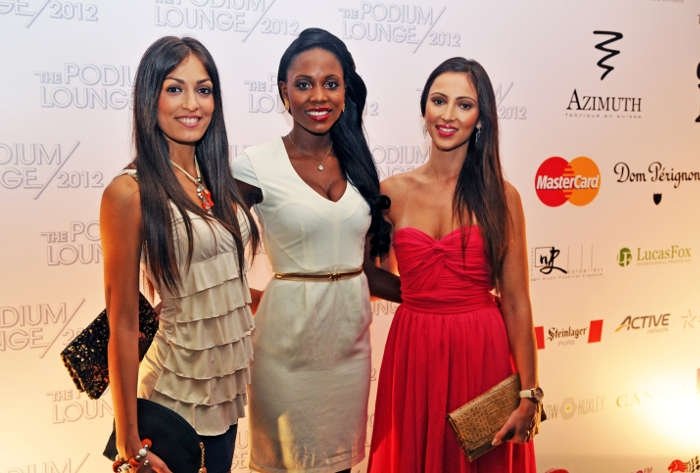 The Podium Lounge 2014 will once again bring the world of Formula 1TM together with the art world with Stefanie Hauger, winner of the 2013 UOB Southeast Asian and Singapore Painting of the Year Awards, curating her second solo exhibition at the glamorous Podium Lounge after-race party, with a Formula 1TM theme at its core.

Stefanie will be joined by World Famous speed painter Armin Flossdorf of F1 Arts who will be doing a nightly exhibition on the stage.

Following a partnership struck between The Podium Lounge’s Chief Executive Officer & Founder Robbie Hoyes-Cock and Steve Yallop, formerly with Singapore’s only luxurious ultra-lounge Pangaea, at last year’s Podium Lounge, the Singapore based company has since expanded to the Yas Viceroy Hotel in Abu Dhabi, Ms. Collins in Melbourne (March ’14) and Zelo’s at the Grimaldi Forum in Monaco (May ’14). 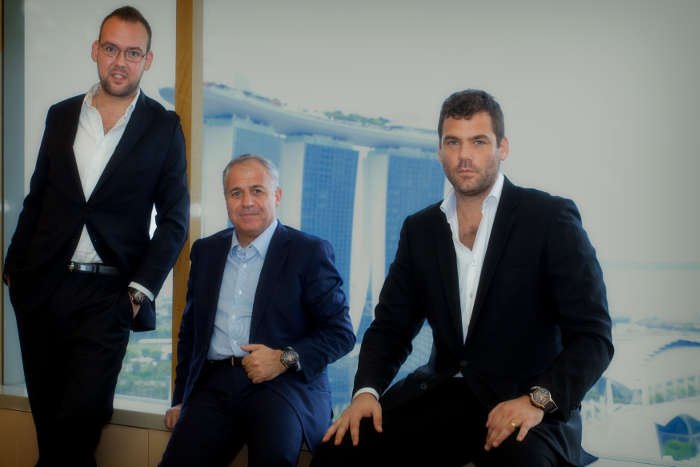 The Podium Lounge’s first international foray was in Abu Dhabi in November 2013 where Infiniti Red Bull Racing chose The Podium Lounge as the venue for their celebration of Sebastian Vettel’s fourth consecutive Formula 1TM World Driver’s Championship and victory at the Abu Dhabi Grand Prix. 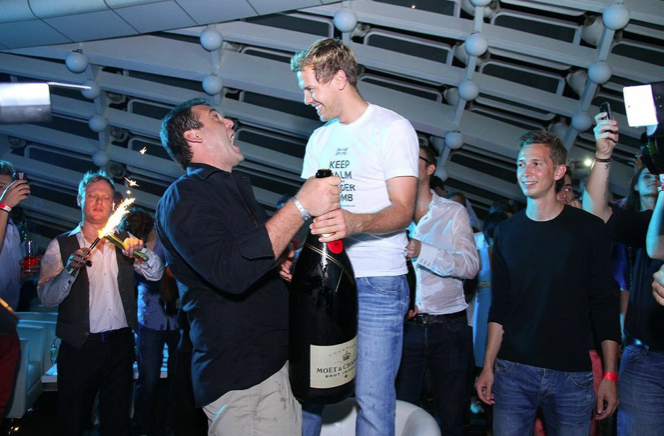 Recognised as the ultimate A-List party for the racing community, situated within the track and directly across from The Paddock Club, The Podium Lounge hosts Formula 1TM drivers, teams, Royalty, celebrities, ambassadors, supermodels and the who’s who of Asia’s jet-setting party elite each year.

Price (nett per person, per night):

Early Bird / On The Door

3 Michelin Star Race Dinner with Quique Dacosta (nett per person, including Admission to The Podium Lounge)

For tickets and VIP tables, please contact Robbie Hoyes-Cock, Managing Director of The Podium Lounge on +65 9459 5211 or email robbie@podiumlounge.com

Tickets are exclusively available via: www.podiumlounge.com/sg 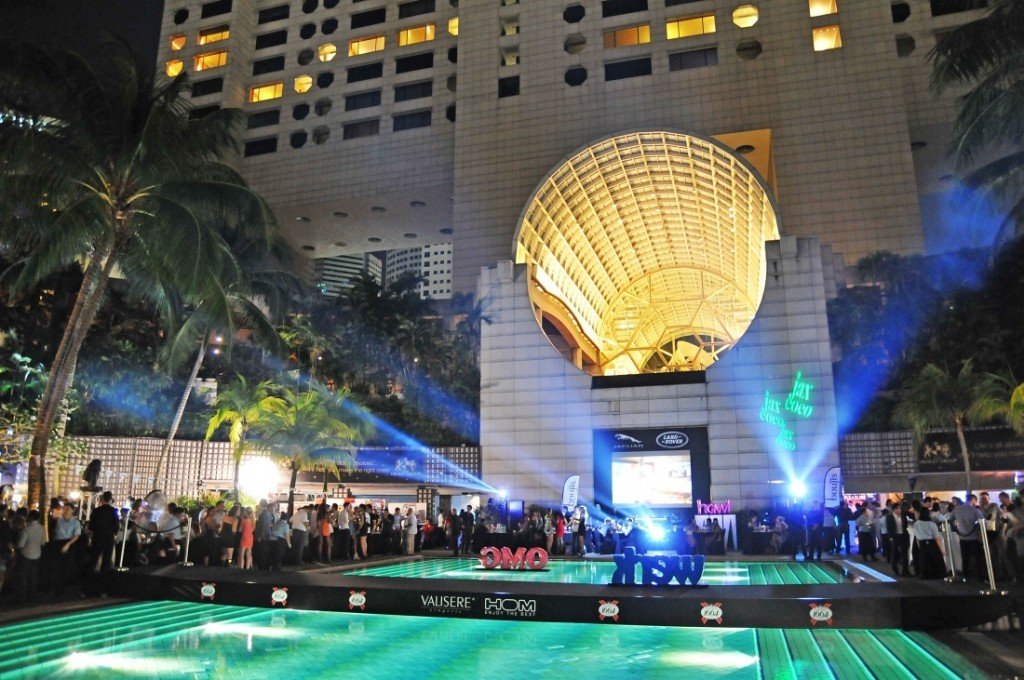