I’m writing this in that strange period between Christmas and New Year. Where you have forgotten what day of the week it is, and you spend your time wondering just what it is you’re doing with your life. (Can you relate?)

It’s a time for reflection and also a time to look forward. So here’s my reflection, my 2015 in travel.

If you were to judge by this blog, you would say this has been a pretty quiet year. OK. I did start a new job in a whole new country (technically at the end of 2014) that’s hardly being quiet. But with only 5 blog posts in 2015 compared to 48 in 2014 you would be forgiven to thinking I have “retired” and settled for a responsible life. But this is not the case. 2015 was possibly the most travelling and I did all this even while keeping up a full time job and not buying any extra leave. Despite effort, I feel like I underachieved in the travelling stakes. I guess travel truely is like a drug then. Once your hooked the hunger can never be cured.

When I look at the numbers,  it’s not as bad as I first thought. Combined for work and play I…

Considering I wrote almost nothing about my travels this year. Here is the condensed version. A summary of all the places I visited in 2015 and a highlight of each.

This was actually a work trip for induction at the head office of my new employer. But there was still time to see the city in my favourite way possible – Living like a local. Edinburgh for its size packs massively above it’s weight, particularly in the areas of food, bars and art. I dare say in this week I experienced 3 or 4 of the best meals I’ve eaten in my life. Having the resource of a bunch of enthusiastic locals to recommend and take me to their favourite hangouts was invaluable too.

Playing in the snow with workmates from Edinburgh as Singapore

Then there was the morning I got up at 5:30am to see Loch Ness and the snowy highlands.

Sydney is home, and although I work in Singapore, my job focuses on the Australian market, meaning trips back  for work were frequent. There is something great about coming home every few months though. It’s like you get all your presents at once. All the new restaurants, bars and attractions that you would’ve waited months to open, are now all complete and ready to explore, making you feel like a tourist in your home town. For me this is represented by places like Harry Deane’s at Hotel Palisades and the new rooftop bar at the Republic hotel. A surprise ticket to Above & Beyonds #ABGT150 concert is up there as well.

What else is great? Taking in all things that as a local you take for granted. A cruise on the harbour or a beer at Opera bar and spending time with family. 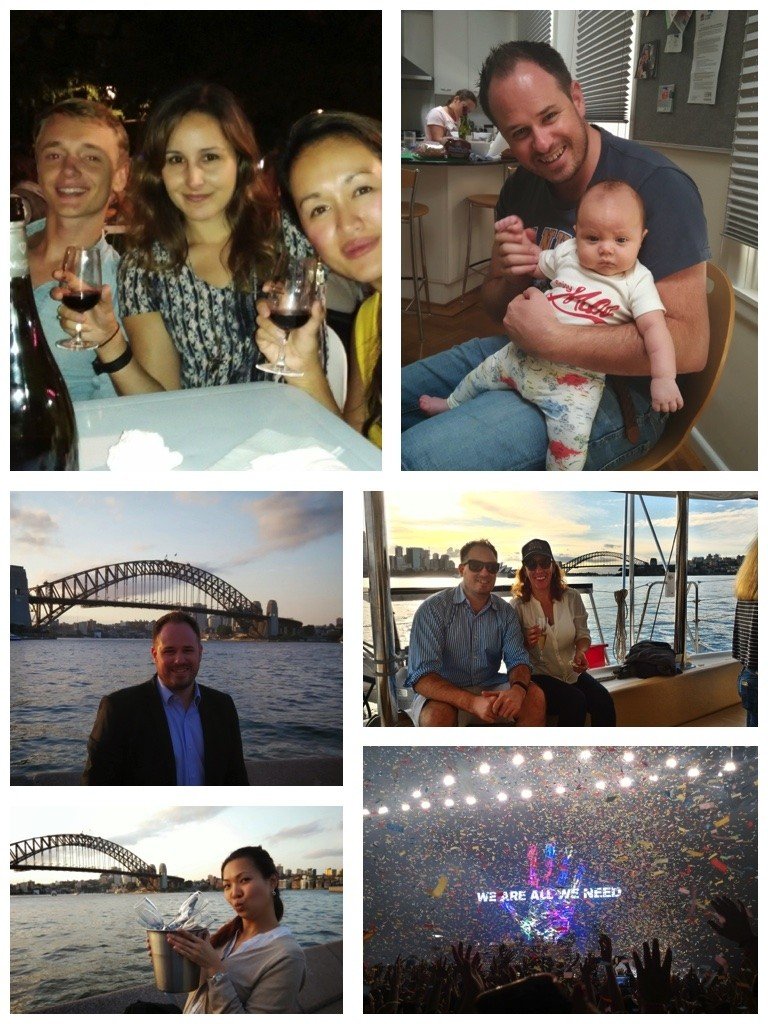 Bintan you say? What / where is that? Well it’s one of the closest Indonesian islands to Singapore, less than one hour ferry trip away  – I can actually see it out my bedroom window. Most people coming from Singapore will go to the classy and overpriced resorts near the ferry terminal. While others will head to the other end of the island for a real local experience with crystal clear seas and you can spot clown fish (Nemos) frolicking amongst the coral. I went with a group of work mates to the latter. This GoPro video sums it up.

My trip to Karon was the result of putting off travel for a long weekend to save money, then at the last minute grabbing a cheap package deal because “fuck it, I needed a break”. I chose Karon as I was craving for some Thailand. But this trip was to be all about chilling out and relaxing. I wanted some great Thai food and to lie on the beach with out the drama or sleaziness that you find in Patong up the road. Chilled out is exactly what I got..and Russians, lots of Russians!

Singapore’s bigger, naughtier sister, Hong Kong is much of an intense city from when I visited as a young teen 20 years ago (and it was pretty intense back then). You can do anything here and we did. Eating suckling pig with people we hardly knew, then sharing a bottle of vodka with them after. Predictably heads were throbbing in the morning and hangover like this called from the ultimate hangover food. We found it in the original branch of Tim Ho Wan, the cheapest Michelin stared restaurant in the world with pork buns that are impossible to describe yet must be tried. What else did we do? More, more and more eating, we pretty much invented meals between afternoon tea and dinner to try all the HK delicacies we could. 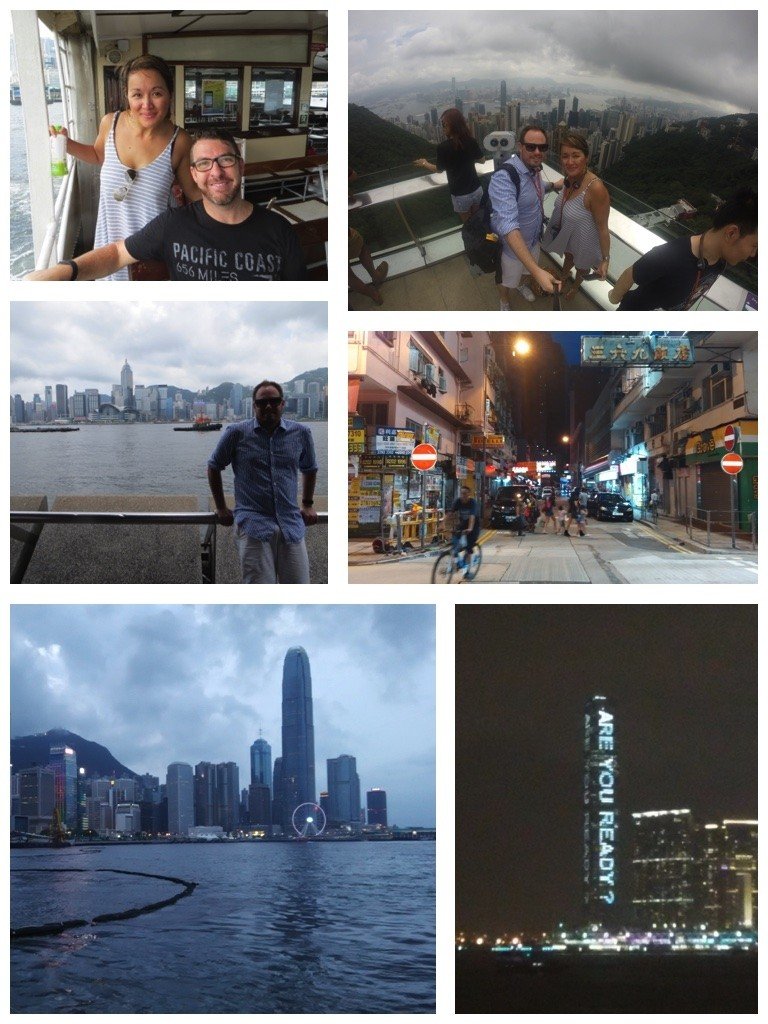 Rekindling my love with Airbnb and discovering a new city unlike any other I’ve experienced before. I stayed right in the middle of the hipster Gulou district, where I passed up seeing many of the traditional tourist attractions in favour of exploring the back alleyways and local hutongs where I was surprised to find a thriving craft beer scene and people who knew how to make a more than decent coffee. 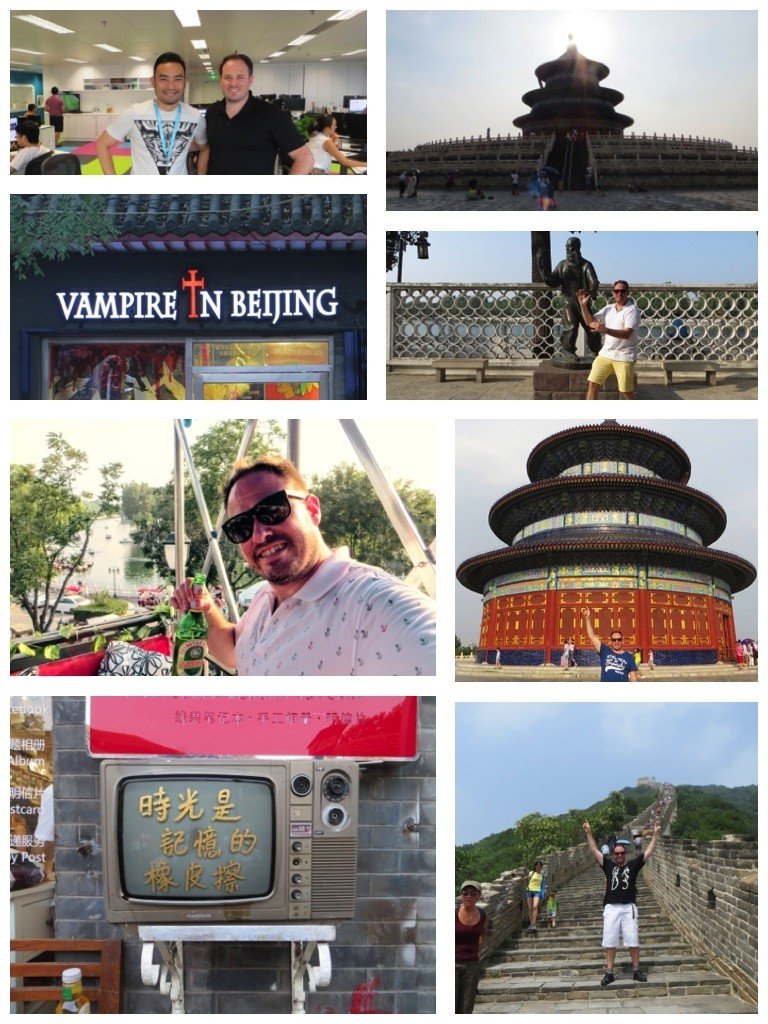 It’s not often you plan to visit a country for years, and always seem to chicken out going at the last minute. But I think you could forgive me for doing that with North Korea. I’ve written about some of my experiences here and here. But I plan to write a lot more. But visiting this reclusive country is like nothing you will experience in your life. By the way, you will feel safe at all times, and people you meet are very friendly and actually have a great sense of humour. But a country cut off from the rest of the world will march to it’s own drum, and if you’re fascinated to see real live history then get yourself to North Korea, it’s easier to visit than you might think, oh and the beer is amazing! 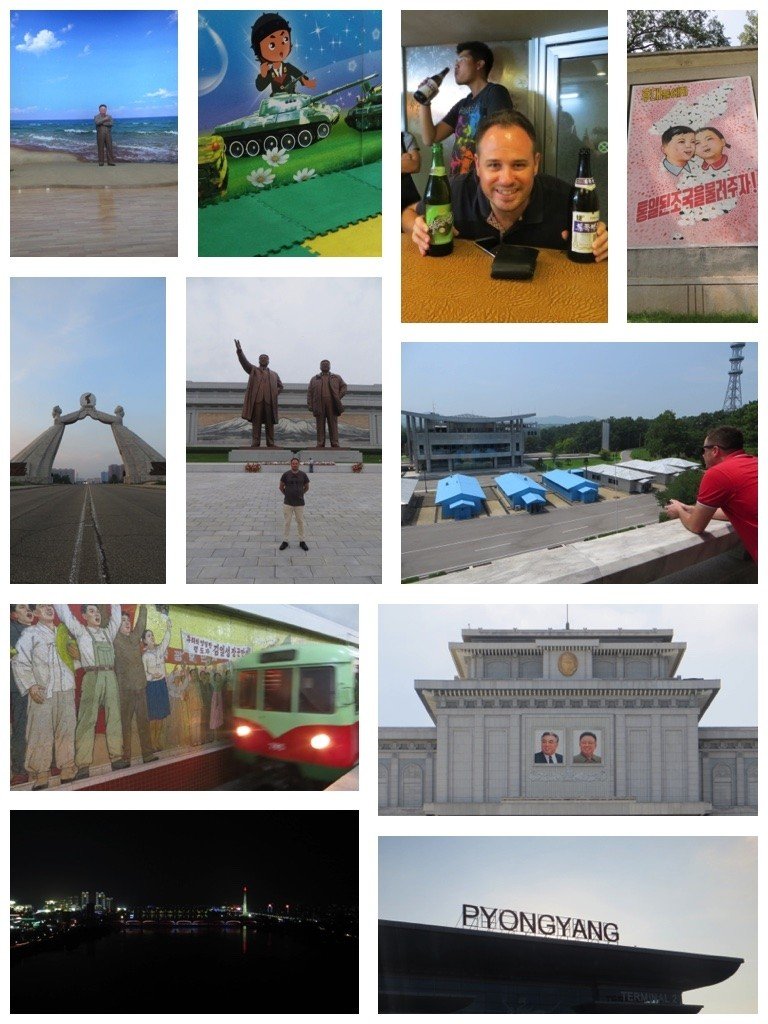 Please don’t confuse my enthusiasm as support for the current regime. I just believe everyone should see the places most different to what they know and North Korea is about as different as it gets.

After catching the train across the North Korean border and being confronted with the chaos that is China, I actually would’ve been quite happy to get back on the train and return to orderly and clean North Korea. Those feelings kind of set up my experience for my time in Shanghai. Despite a room upgrade and a flight upgrade home (received on the same day). I struggled to have fun in Shanghai. Perhaps it’s the persistent approaches by people trying to scam you (literally about one ever 45 seconds), or just the fatigue of over 2 weeks on the road, but I really was happy to pack up and leave. 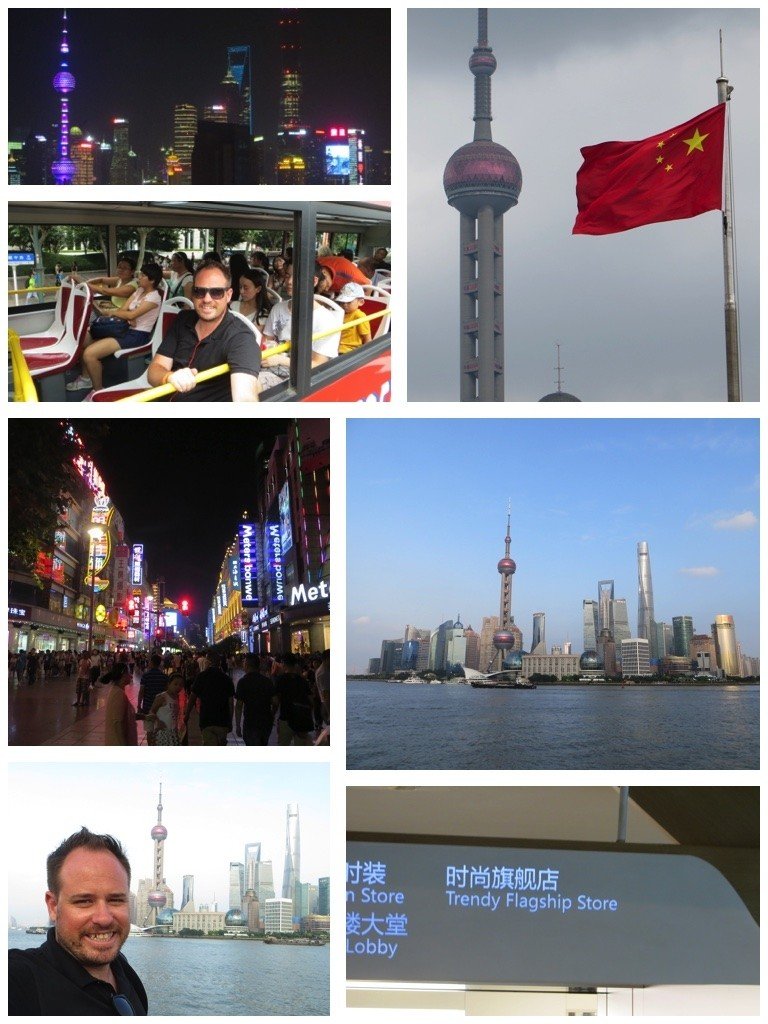 But I will give this city a second chance, and looking forward to going back, hopefully with a local to show me around, and illuminate the real Shanghai for me that lies under the surface far from the tacky tourist scene and scammers looking to take advantage of you.

Pattaya Salad is probably second thing you think of when you hear the name Pattaya. The coastal city is one of the closest resort districts to Bangkok and famous for it’s sleazy beer bars and old European men with Thai girls young enough to be their … grand daughter!

After celebrating a work achievement and looking to escape. We hit up Skyscanner at 5pm Friday afternoon. Pattaya was the only destination my friend Simpson and I could get to that night that fitted in with our itineraries. Sleaze was not our scene, so Simpson found out where the locals go to party. The result was 2 of the best night’s out clubbing I’ve had in a long time!. Clubs like Hollywood and Differ should be placed up the top of your Pattaya list, well above anything on the infamous Walking Street. Oh, rooftop cocktails at sunset at the Hilton can’t be beat!

Moving to Singapore has really just felt like one long holiday, where I just happen to have to go to work Monday to Friday. There’s still so much to explore and uncover in this city of concentrated excitement. Highlights for 2015 though included. 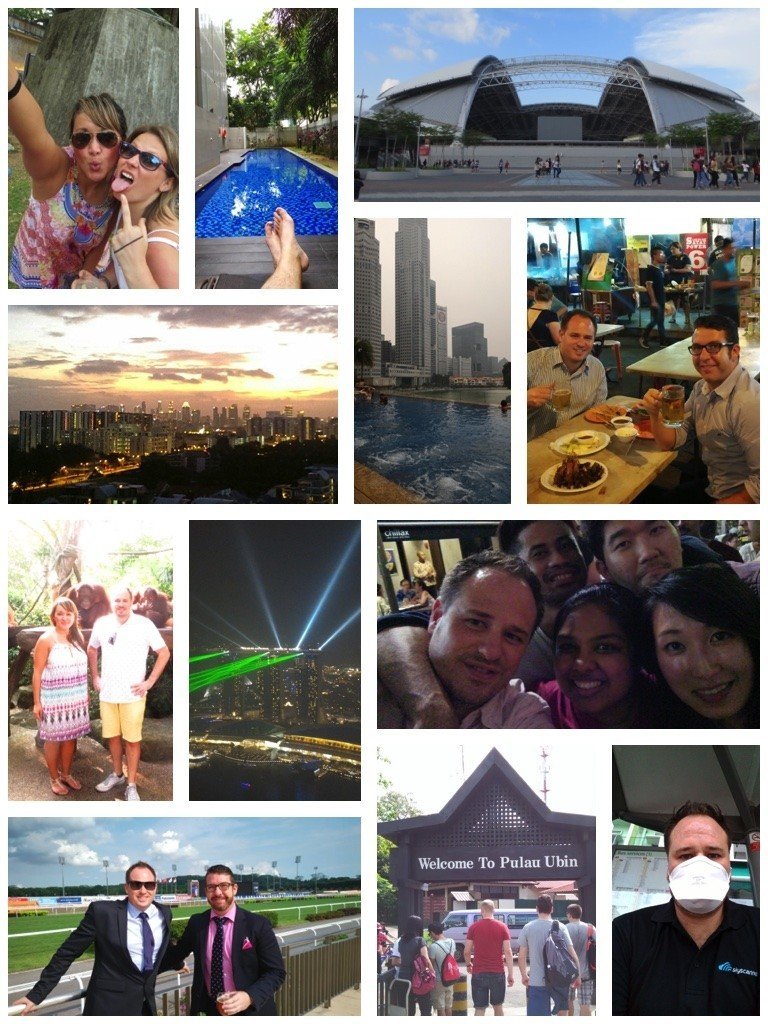 As I said above, despite this extensive list, I feel like I hardly scratched the surface of what I wanted to achieve, which is why I’ve got most of 2016 almost planned out. You can see it here, and I’m putting it out publicly to make sure I get it all done!

For all my Facebook and Twitter followers and all 79,511 people who visited Irresponsible Life this year – thanks for all your support, and see you in 2016. Where (hopefully) I’ll be a lot more active and irresponsible than in 2015.