Working harder and enjoying life more than I should aren’t good for the body. It’s time for a rare bit of responsibility. Time start looking after myself better through weight loss, healthy living and reducing stress on a pathway to happiness.

About a month ago I was showing my friend this article about the time my mate and I pretended to be VIP prize winners at Tomorrowland. His reaction perplexed me. He really didn’t seem too interested in it. He normally takes lots of interests in his friends achievements and stuff they have created. It wasn’t until I pushed him harder that I found out, he didn’t recognise me in the pictures. Saying he hadn’t seen me without a gut before. 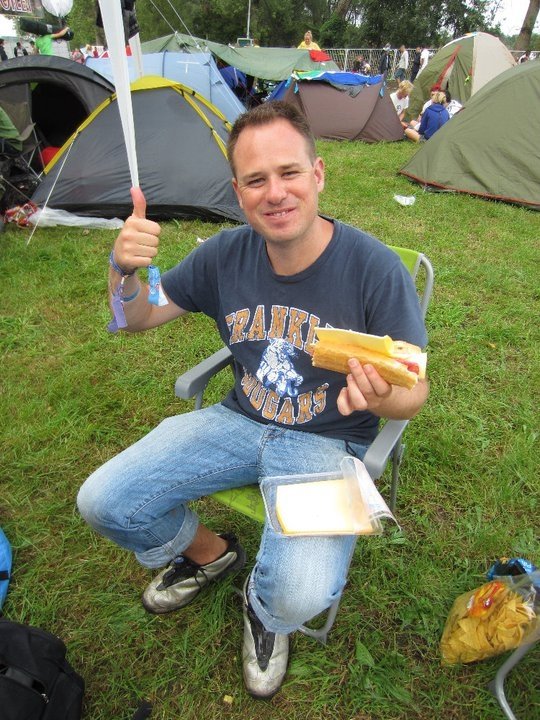 “Unrecognisable” Me at the Tomorrowland campsite 2011

This blew my mind. In my head I think I have only put on a touch of weight since that epic weekend in Belgium. And most of those excess kilos always hidden under my t-shirts. But it looks like I was fooling no one.  Could it be… I have become a fat bastard? 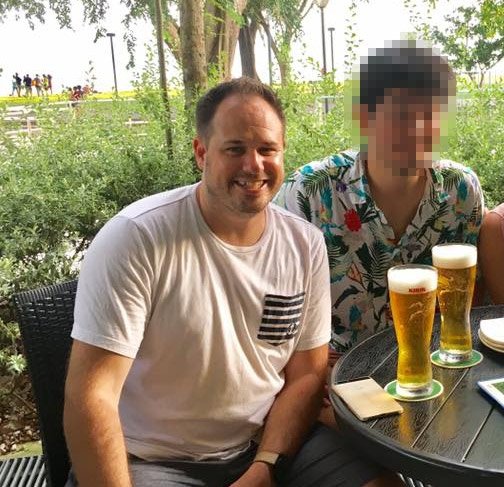 Singapore December 2016. I have a beer (how unusual)

Since moving to Singapore, my health has taken a solid hit. I’ve gone from smashing out cr0ss-fit sessions 4 times a week in Sydney, to an almost stationary life in Singapore. From working a healthy 8.5 hours  a day at my old job, To regular hours of 8:30am – 8:30pm in Singapore. From a big fan of the paleo diet to eating whatever I can get on the way home because I’m too tired or don’t have the time to cook.  From 82kg to 90kg in 6 months.

I don’t want sympathy here. Most of this is self inflicted. Working long hours does make keeping fit difficult. But I did go 6 months getting up at 6am to go to the gym before work while working those hours. What the major cause here is partying and beer. Arriving in a new city you want to experience as much as possible. There’s always an opportunity to go out and sink some pints (which are 33% larger than schooners sold in Sydney – but I still view as 1 beer in my mind) with workmates, people passing through or the many online dates I’ve been on since I’ve been here. I love to hang out in the pool at my condo most of the weekend, usually with a few cans of beer while chatting to the neighbours.

This wake up call should’ve come before this. All the signs were there. I found myself getting less and less respected or even discriminated against in my every day life. Girls didn’t want to go for a second date and I stated hating the way I looked in pictures. Despite all this I brushed it off, never accepting what I had become. All those pictures were just a “bad angle”

One thing I’ve learnt at my current (and awesome) job is that everything must be measured in order to be successful. So my goal is to reach 70kg and 17.7% body fat by the end of June 2017. These were chosen because these are numbers where I have felt the best in the past. I also didn’t want to just stick to weight as a goal. I plan to be doing lots of resistance training.  Gaining muscle may make it hard to reach 70kg. But body fat % never lies!

Goals need to be achievable for me to have any chance of making it. I believe this one is. 1KG and 0.5% body fat per a week based on research and knowing what I have done in the past. I don’t expect this to be a linear process either. I expect to weight to come off easy at the start, giving me a head-start. Then the final weeks I’m expecting to work my butt off for much much less results.

The reason I’m sharing this blog post. The first post I’ve actually completed in a year on this blog. Declaring my intentions publicly will force me to see this through. No one wants to admit to failure, especially publicly. Perhaps if you are reading this you’ll also want to be supportive too!

I have a gym in the building I live in. It’s only about 20 steps and a lift ride from my bed. That’s what makes this situation even more inexcusable. It’s time to utilise this more, along with the pool that I also have access too. The F45 revolution that Australia has gone nuts for has come to Singapore too and I intend to be apart of it with a F45 a block away from work.

Choosing the right food is 80% of the effort when it comes to loosing weight (exercise is just 20%). All our bodys’ want to be thin, so long as we give it the right fuel. I’ll be following the Slow Burn Diet as outlined in the 4 hour body by Tim Ferriss. It’s very similar to Paleo, but it encourages kick-starting your metabolism with high amounts of protein in the morning, and legumes are are allowed to stave off hunger cravings during the afternoon.

So let the games begin!

My starting point  88.5 KG and 27.2% body fat percentage. I’ll be weighing in weekly every Sunday night, after which I’ll update the the chart to see if I’m on track or not.