Isn’t she beautiful? My new Canon 80D.  But it came with a few extras that saw me getting ripped off at Sim Lim Square in Singapore.

I thought I had done all the research and I thought I knew all the retailers’ tricks. But somehow I still managed to come out of it with a few hundred dollars less in my bank account than I should have. There are many guides online that tell you to be careful when shopping at Sim Lim Square, but few actually go into detail about how you will be scammed.

Here I will tell you EXACTLY what happened to me. What I SHOULD have done instead, and how you can avoid getting ripped off at Sim Lim Square. 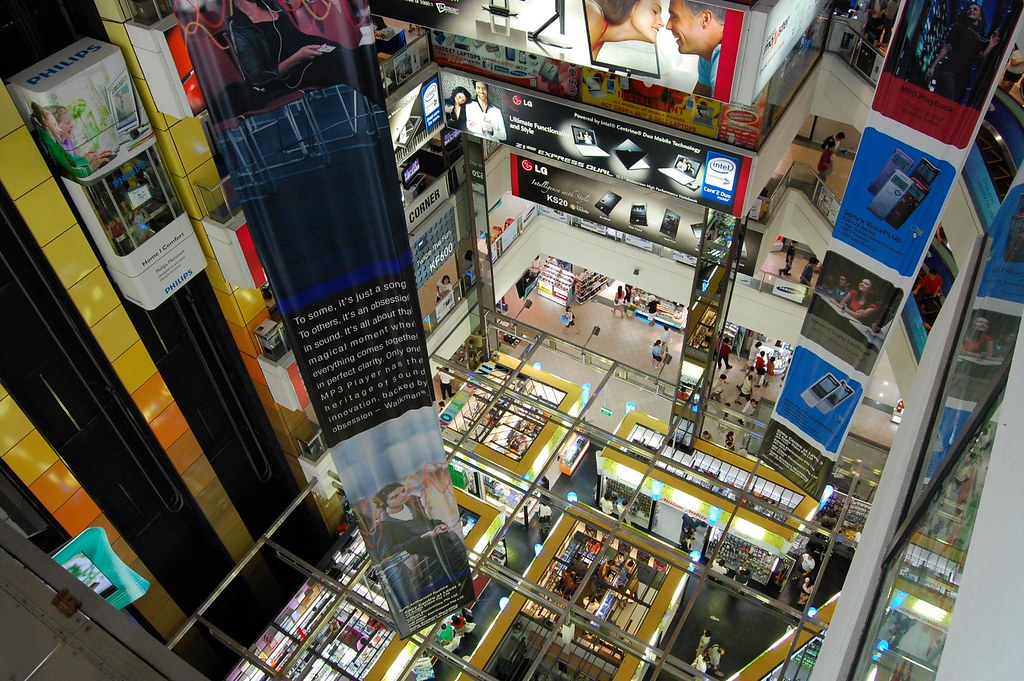 Tip 1. Only buy from reputable dealers.

So this is the part I actually researched but disregarded *doh*. The reputable guys for camera gear at Sim Lim Square are Alan Photo (Ground Floor) and  Orient Photo (Top Floor). Why they hell did I disregard my own research? Alan offered me a good deal however when I said I would check other prices the store clerk got rather angry at me and told me not to waste his time. This didn’t exactly fill me with confidence nor was I motivated to give him my business.

Orient took a bit longer to find, as it’s right up the top.  But once you arrive, it feels like no other shop at Sim Lim. The atmosphere is quieter and relaxed, and no high pressure selling. They seemed less inclined to negotiate on price. So I went to check some other stores, and that’s where I met my shark! At SLR Pro (#01-56). The store’s name is not visible from the outside (nor do I think the inside. But they have large Nikon / Canon signs above the outside of the shop. It’s located closest to the north west entrance of Sim Lim Square.

Tip 2. Know your product, know its price, know the current promotions BEFORE you go. 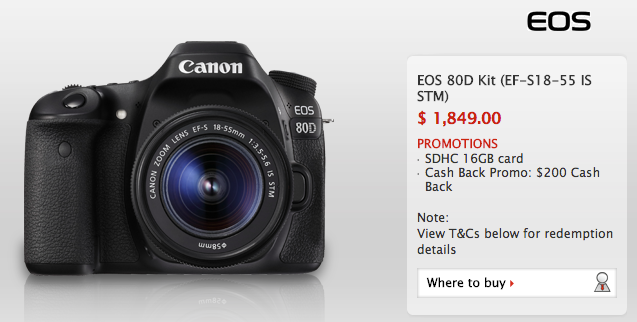 When I entered my Shark’s store (SLR Pro). He could see I had been shopping around and asked me what the best price I had been offered. I told him $1,500 plus the extra bonuses. He was willing to give me $1470. At this point I had every intention to go to Alan’s and purchase at a dealer I had heard of (even if he was from a cranky). But that cheaper price made me stay at SLR Pro. The bag he offered me was also much bigger than the one at Alan. Plus the dealer was also good at building rapport. He actually made me feel he was on my side, and a safe person to deal with (little did I know).

Tip 3. Test Everything and check that everything is in the box.

Thankfully I had no issues here. Everything checked out. Which is great as I knew I was getting quality gear. But also filled me with false confidence that I could trust this dealer and therefore dropping my guards.

Tip 4. Read the receipt and know the store’s GST policy.

Ok so here is where the ripping off starts to begin! First things first. Your camera will be boxed up and all ready to go. You just have to pay and you can head home with your new toy!

Before you pay, you’ll be shown a sign in the shop that all prices quoted EXCLUDE GST. This sign was on the display benches around the store, and I’m sure were concealed with paper or other things covering them, before I had agreed to pay.

This was a little off putting, but the shop attendant told me this was standard practice for all the shops in Sim Lim Square. I was annoyed. But given it was still well below the retail cost and apparently, every shop does this, I was willing to accept it.  I shouldn’t have. Instead, I should have walked out.

Next, you’ll be asked to sign your receipt. The shop attendant will say something like “Sign to confirm that you’ve received everything in good condition”. This is true, but you’re also signing that you will not be able return the goods for refund or exchange.  He won’t say that part out aloud though. So, I signed without reading. Total noob error! But hey these guys are good at making you feel everything’s ok.

Tip 5. Say NO to optional extras – MOST IMPORTANT!

Here is where the HEAVY ripping off starts. You probably know the feeling. You buy a new toy, but it needs accessories. In this case, it’s my camera and and the accessories are lenses. I had been interested in buying the more expensive Canon 80d + lens kit III. But I’m not made of money so I decided to just get the basic one. The shop keeper knew that I was interested in taking wide angle shots as we had been discussing it. So, of course, he offers me an offer that’s “too good to refuse”

Check out this shitty “macro” lens kit in the picture below. It actually screws on to the end of a standard lens making shots either wider on close up objects. It’s apparently made in Japan. Yet on the box that they had put a sticker over the text “Made in Japan” sign. The shop keeper used my desire to shoot wider shots to sell it to me. 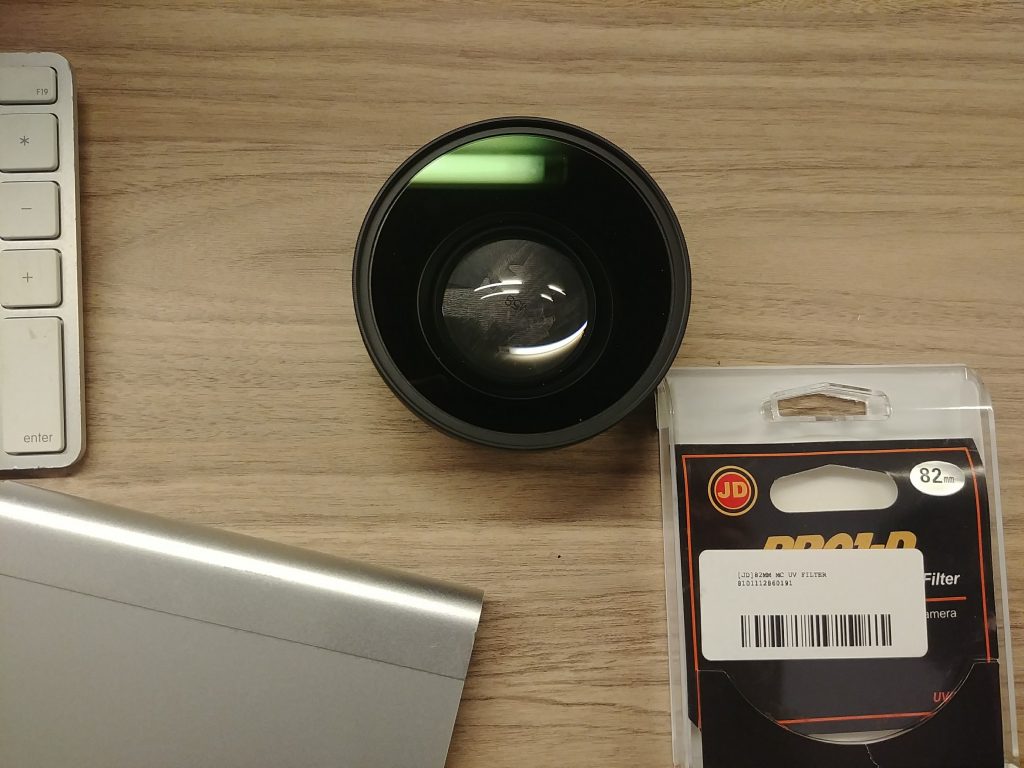 I did have the opportunity to test it out, and it did take pretty decent macro-shots (remembering it’s placed on top of an already good Canon lens). But no way did I want this without any research to know exactly the cost or understanding exactly what it does. However Mr Charisma started to work his charm.

“This lens is normally, $700. But I have only 2 left, and I like you because you’ve lived in Singapore over 2 years. I can give it to you for $375”.  Seems like a good deal right? I can tell you I wasn’t having it. But the price kept dropping. At the same time I am looking this lens up on Google via my phone to try and find what it’s actually worth.

I say no. But he is persistent. All my purchases are still yet to be packed up, and are on the counter still, so It’s not like I can just pick them up and leave.

He really keeps pushing on this. Pushing so hard that he is even getting angry at me for not taking the lens.

To be honest there is a small part of me that wants the extra functionality of the marco lens. My Google searching has brought up something that looks the same on eBayUK for £250 ($440 SGD).  So perhaps I am getting a bargain?

Finally he snaps and drops his price to $325, and throws in a UV filter for it. He cries that I’m basically stealing from him and begs me to take it. For some reason I did. I just wanted to leave and the eBay price made me feel like I was making a good decision. So I did it!

Of course he adds on GST after (f*cker!) and it’s time to leave, although he still tries to offer me another zoom lens on the way out.

Oh and by the way. What I saw on eBay was actually a totally different product with the same name. I have only been able to find this exact lens on Carousell from $67. In actual fact I think it would be lucky if it’s worth $15 🙁

Step 5. Are the bonuses the ones you were supposed to get?

There was the 16GB SD card that came with this as a bonus from Canon (not the shop!).  The card they gave me is 16GB but it’s a Sony. Why is Canon giving away cards from one of its largest competitors? Seems very strange to me. It’s likely the card I was meant to get was a more premium brand and switched by the camera shop so he could sell at a profit.

This doesn’t apply to me, but is one of the scams I heard about a lot when researching Sim Lim Square.

Firstly, if you’re a tourist or unfamiliar with Singapore then I wouldn’t recommend going to Sim Lim Square full stop. They will be able to sniff your naivety miles away and potentially rip you off much  more than I did. Especially if you have no idea about the local prices.

If you are paying GST on your purchases, then your receipt must state “Tax Invoice” and must show the sellers GST Number. Without this you will not be able to claim this back at the airport and it’s likely the crooked shop owner has kept that GST cash for himself.

So there you have it! How to avoid getting ripped off at Sim Lim Square specifically for photography gear. Are you familiar with Sim Lim Square and the scams that people can easily fall into? Leave your tips below to help keep everyone safe.